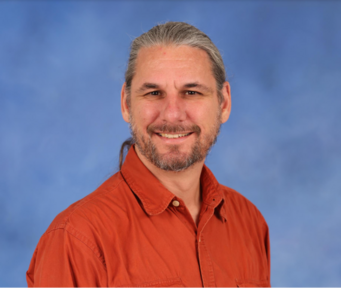 Dr. Peter Jenke's primary research interests are in gamma-ray astrophysics, detection techniques, instrumentation, and data analysis. One of his first priorities after being hired at UAH was to establish a gamma ray instrumentation lab with modern digital analysis tools. He is playing key roles in several funded and proposed missions including a novel CubeSat NSF funded mission developed for TGF science (TRYAD), Explorer class missions designed to maximize the science return from GRBs: Science instrument lead on the proposed MoonBEAM mission and ground support software lead for the proposed StarBurst mission, and science team member for the proposed probe class mission (STROBEX) designed to revolutionize our understanding of the universe in hard X-rays. Dr. Jenke designed and teaches a graduate class on high energy detector development that focuses on X-ray and gamma ray astronomy. He has thirteen years of instrumental development experience. His science expertise includes the study of accreting binary systems, gamma ray bursts, as well as energetic particles in space environments. He also has significant experience in modeling particle and gamma ray interactions and particle transport in materials using GEANT4. 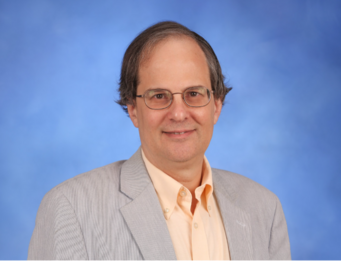 The primary research interests of Dr. Michael Briggs are Gamma-Ray Bursts (GRBs) and Terrestrial Gamma-ray Flashes (TGFs). He arrived in Huntsville in 1991 soon after the launch of the Burst and Transient Source Experiment (BATSE) on the Compton Gamma-Ray Observatory (CGRO) as a NASA Compton Gamma Ray Observatory Fellow to pursue his interest in GRBs. With BATSE Dr. Briggs studied GRB spectra and spatial distributions. After the end of the Compton Observatory mission, he helped develop the Fermi Gamma-Ray Burst Monitor (GBM), leading the development of the GBM flight software and participating in the integration and testing of the instrument. Dr. Briggs is Principal Investigator of the NSF-funded Terrestrial RaYs Analysis and Detection (TRYAD) mission, which is designed to measure the beam profiles and tilts of TGFs using a pair of CubeSats separated by several hundred kilometers in low Earth orbit. Dr. Briggs is also a co-I of the BurstCube CubeSat project, which is led by NASA/GSFC. 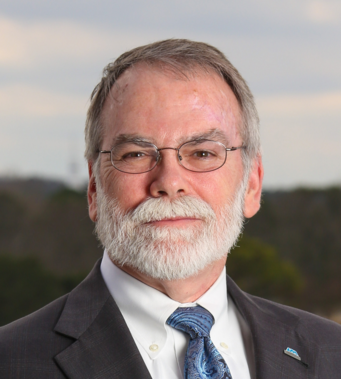 Dale Thomas currently serves as a Professor and Eminent Scholar of Systems Engineering in the Department of Industrial and Systems Engineering and Engineering Management at the University of Alabama in Huntsville(UAH). He teaches system engineering students in the art and science of systems architecture and design, systems integration, test, and verification, and systems management. Dale also serves as director of the Alabama Space Grant Consortium and as deputy director of the UAH Propulsion Research Center. Prior to his retirement from NASA in July 2015, Dale served as the Associate Center Director (Technical) for the NASA Marshall Space Flight Center (MSFC) in Huntsville, Alabama, providing technical leadership for all MSFC spaceflight projects. He had previously served as the Program Manager of the NASA Constellation Program Office at Johnson Space Center in Houston, Texas, leading a nationwide team including all NASA field centers and five prime contractors. 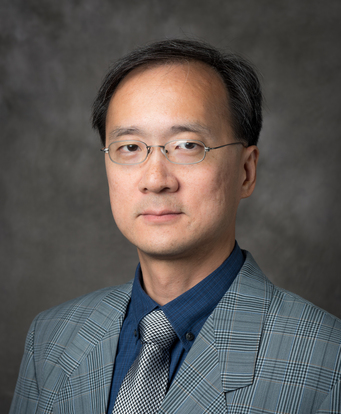 Dr. Patrick Kung is an Associate Professor in the Department of Electrical and Computer Engineering at the University of Alabama (UA), where he also serves as its Undergraduate Program Director. He received his Ph.D. in Electrical and Computer Engineering from Northwestern University. He is the Program Coordinator for the Alabama CubeSat Initiative. His research expertse spans from electronics and integration to semiconductor materials development for photonic, RF, sensing and timing applications. He is a Senior Member of IEEE and has published oer 200 journal articles and conference proceedings. 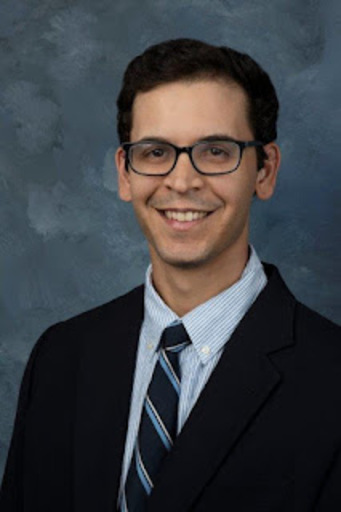 Carlos Montalvo is an Associate Professor in the Mechanical Engineering Department at the University of South Alabama (USA) and the Director of the Facility for Aerospace Systems and Technology (FAST). Prior to this appointment at USA, he was a research engineer at Georgia Tech where he received his Bachelor’s (2009), Masters (2010) and PhD (2014). His PhD research was on Flight Dynamics and Controls of Meta Aircraft. His research interests lie at the intersection of flight dynamics, control and design of unmanned aerial vehicles with a focus on multi-body systems. He is involved in all types of unmanned aerial vehicle research with a focus on controls of multi-body systems including aircraft, quadrotors, parafoils, projectiles, spacecraft and tethered systems. Research has been conducted on many platforms such as conjoined fixed wing aircraft called meta aircraft to electrically tethered cubesats called Electric Sails and everything in between. The basic research performed includes a combination of dynamic simulation coupled with applied estimation of custom made aircraft along with design of control systems and control mechanisms with the goal of experimental testing to improve the performance of autonomous aerospace vehicles. His teachings interests include control system dynamics and aircraft stability and control with a strong influence in simulation using a combination of C++, Fortran, MATLAB, Python and Java. He has presented his research findings in the classroom as well as published in JOA, JGCD, SIMULATION, JOAE: Part G, Wind Engineering, JSR and Acta Astronautica with major research funding from NASA Marshall Space Flight Center (MSFC). Dr. Montalvo has served as the faculty advisor for Design, Build, Fly, Launch Society, JagSat and AIAA since 2015. He has spear headed new aerospace engineering electives and has been an integral part in the creation of a aerospace engineering track at the University of South Alabama. His teaching philosophy is to prepare students for their future career by connecting theory to practical engineering problems as well as exposing students to the creativity of design and implementation through kinesthetic learning. 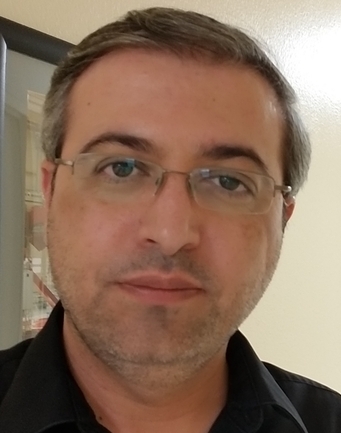 Dr. Jaber Abu Qahouq is a Professor with the Department of Electrical and Computer Engineering, College of Engineering, The University of Alabama - Tuscaloosa, where he is also the Director of The Energy and Power Electronics Systems and Devices Laboratory.

Dr. Abu Qahouq has more than 22 years of combined academic and industrial experiences in power electronic and energy systems and devices, controls, energy storage systems (architectures, management, State-Of-Health estimation, safety, and second life), photovoltaic solar energy electronics and controls, wireless power transfer, Electric Vehicles, aerospace power systems, and computing platforms/embedded systems, among others. He also worked on projects related to unmanned arial vehicles and on-chip fabrication and integration of devices and controllers. He is an inventor for > 32 issued US patents and published > 180 papers and two book chapters as of March 2022. He was elected a Senior Member of The National Academy of Inventors and is a Senior Member of IEEE.

Dr. Abu Qahouq received the B.Sc. degree (with first class honors) from the Princess Sumaya University for Technology/Royal Scientific Society (RSS), Amman, Jordan, in 1998, and the M.S. and Ph.D. degrees from the University of Central Florida (UCF), Orlando, FL, USA, in 2000 and 2003, respectively, all in electrical engineering/electronics. Before joining the University of Alabama in January 2008, he worked with/at Intel Corporation, Hillsboro, OR, USA, UCF, and RSS. Dr. Abu Qahouq served as Chair/Co-chair of the Technical Program Committee for the IEEE CPERE-2019 conference and served as an IEEE Conference Technical Program Committee Member for several other conferences such as the IEEE APEC conference in 2013-2022, among several others. He was the recipient of the King of Jordan Royal Watch in 1998, the IEEE Outstanding Graduate Student Award in 2002, the Division Recognition Award from Intel Corporation in 2006, and the Institution of Engineering Technology Premium Award in 2009, among others. He has been a member of ASGC CubeSat Mission Team (EPS faculty lead) since 2018.

Dr. Saeed I. Latif is an Associate Professor with the Department of Electrical and Computer Engineering at the University of South Alabama (USA). He received his Ph.D. in Electrical Engineering from the University of Manitoba, Canada. He was awarded the NSERC Postdoctoral Fellowship and MITACS Fellowship. His current research interests include antenna design and analysis for mobile and satellite communications, and millimeter wave antennas with special materials for 5G wireless systems.

Dr. Latif has broad expertise in design and implementation of miniaturized and multiband antennas for wireless and biomedical systems, and circularly polarized antennas for space communications. He has published over 80 journal and conference articles. 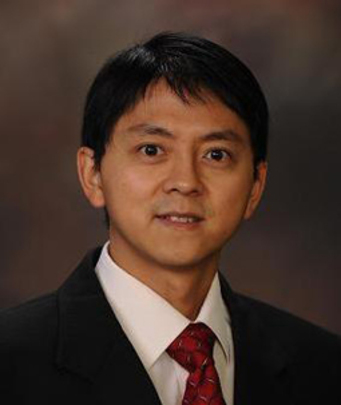 Xiao Qin is an Alumni Professor and Director of Graduate Programs in the Department of Computer Science and Software Engineering at Auburn University. He received the B.S. and M.S. degrees in Computer Science from Huazhong University of Science and Technology, China, in 1996 and 1999, respectively. He received the Ph.D. in Computer Science from the University of Nebraska-Lincoln in 2004. Prior to joining Auburn University in 2007, he had been an assistant professor with New Mexico Institute of Mining and Technology (New Mexico Tech) for three years. He won an NSF CAREER award in 2009. His research interests include parallel and distributed systems, real-time computing, storage systems, fault tolerance, and performance evaluation. His research is supported by the U.S. National Science Foundation, Auburn University, and Intel Corporation. 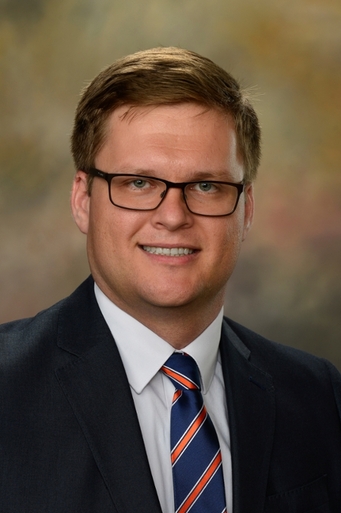 Russell Mailen is an assistant professor in the Department of Aerospace Engineering at Auburn University. He has earned a B.S. in Aerospace Engineering (Kansas, 2007), a M.S. in Mechanical Engineering (Baylor, 2012), a Master of Materials Science and Engineering (North Carolina State, 2016), and a Ph.D. in Mechanical Engineering (North Carolina State, 2017). He worked in the aerospace industry as a liaison engineer and structural analyst at Hawker Beechcraft Corporation and L-3 Communications. His research interests include multiphysics finite element analysis, smart materials and structures, mechanical metamaterials, polymer composites, and the thermo-mechanical behavior of polymers. 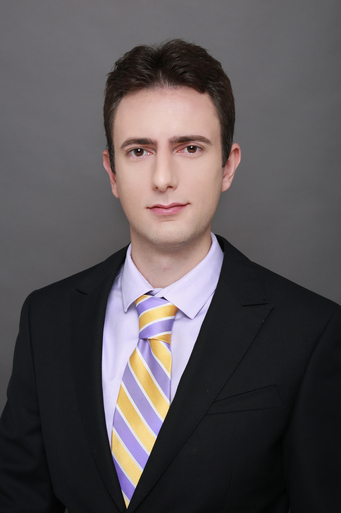 Dr. Davide Guzzetti is an assistant professor in the Department of Aerospace Engineering at Auburn University. Dr. Guzzetti’s research focus is astrodynamics and space mission design in complex space environments. His past contributions include studies about multi-body regimes, orbit motion under strong solar radiation pressure and irregular gravity field, stationkeeping of chaotic trajectories in vicinity of the Moon, and coupling effects between orbit and attitude dynamics. Current research efforts are devoted to integrating virtual reality, large computational capabilities, and machine learning techniques with advanced mathematical and dynamical understanding of spacecraft motion to create new options for classical space mission design and inspire new ideas to approach space exploration. Dr. Guzzetti obtained a PhD in astrodynamics from Purdue University in 2016, and he holds a Master degree in space engineering from Politecnico di Milano, Italy. He is also an alumnus of the Italian honor society Alta Scuola Politecnica. 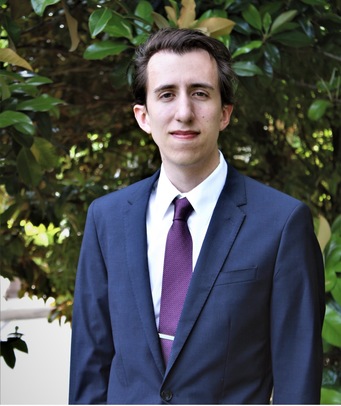 Jared Fuchs is a PhD candidate at the University of Alabama in Huntsville (UAH). His background is in high-energy physics instrumentation and astrophysics, with experience in CubeSats. During his undergraduate degree at UAH, he served as systems engineer for a balloon-borne X-ray active shielding system through the NASA USIP program while also leading design of a gamma-ray detector for a 6U CubeSat and concept study for a hard X-ray polarimeter instrument. As a NASA FINESST recipient, he currently serves as the ABEX Project Manager. 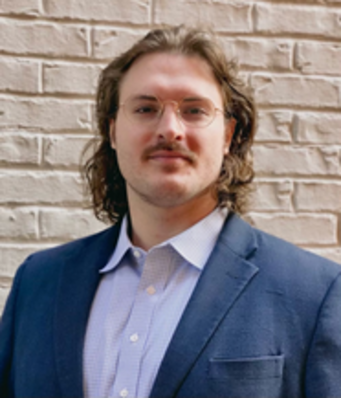 Michael Halvorson has been Chief Engineer for three CubeSat missions and currently publishes on mission planning and program management architectures, spacecraft thermal design, shape memory alloys, and prognostic health management. He received undergraduate degrees in mechanical and aerospace engineering from Auburn University, a master’s in mechanical engineering from Auburn University, and is a Ph.D. student of Aerospace Systems Engineering at the University of Alabama in Huntsville working with the Complex Systems Integration Lab. He has been a NASA Research Fellow since 2018 and is now Chief Engineer for the largest collegiate satellite program in the world, the Alabama Burst Energetics eXplorer.